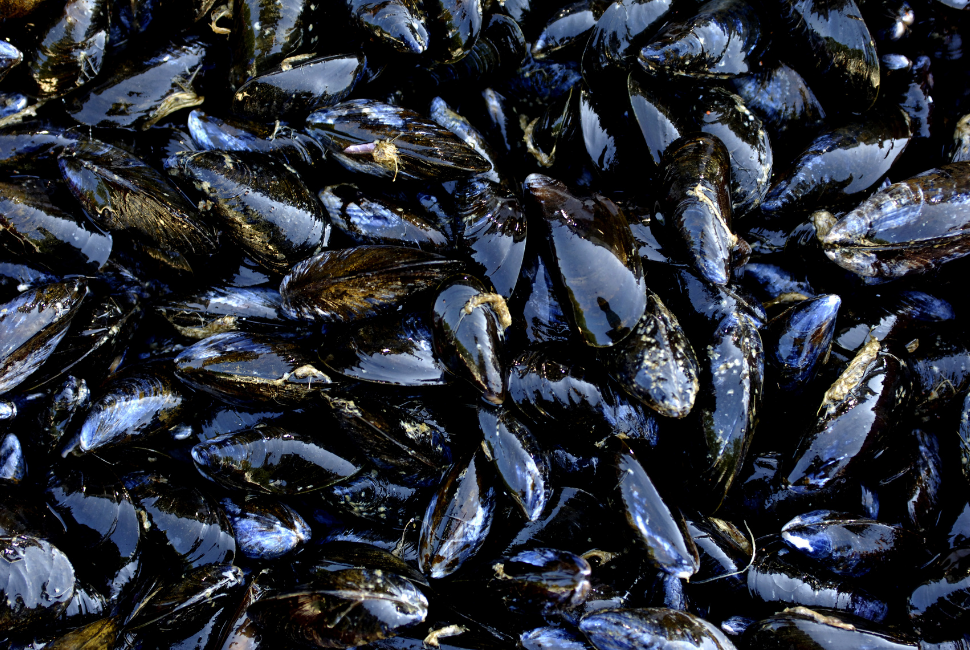 Like many people, I am increasingly concerned with the environment and the sustainability of many aspects of our lives. Food is one of those areas.

Over the last couple of years I have been reducing the amount of meat I eat – currently I eat either vegetarian or vegan 4 or 5 days a week. On the other days, I have reduced the quantity of meat in the meal. It’s not perfect, but my trajectory is in the right direction.

I have also been concerned with the sustainability of fish…. but I love seafood. Love it!

Then I saw the Seaspiracy documentary. Controversial? Yes. However, its aspersion that we are unsustainably plundering the sea is backed up by the science. A study of the world’s fisheries revealed that 60% of fisheries are fully exploited, leaving no room for our ever-expanding global population, and 33% are overexploited [1].

After watching the documentary, I decided that I would only eat fish if I had caught it using a line and pole. I don’t have a fishing rod. I haven’t fished since I was 8. I live a 2 hour drive from the coast.

Why make this exception, even if it is only a theoretical one?

One of the big issues with the fishing industry is the amount of bycatch – this is fish caught unintentionally when you’re fishing for a different species. Generally, it is thrown back over the side, but it’s mainly dead before it hits the water. If we could click our fingers and solve the bycatch issue, our oceans may not quite be in the state they are.

So, my “caught by my line and pole” caveat solves the bycatch issue given that any fish I pull out of the sea I’ll eat…. and if the fish is too small, it can be returned to the water still alive.

What about farmed fish, I hear you ask? Well, this is a big topic in itself, but many are fed on other fish, putting the strain lower down the food chain. The application of antibiotics and other chemical bleed into the natural environment, as well as excess nutrients that can cause algal blooms that can kill other fish. For a more thorough examination of fish farming, the Guardian [2] or National Geographic [3] articles are a good start.

Coming back to the post title, are mussels a sustainable seafood source?

One big tick for mussels is that they don’t require feeding – they are filter feeders, happy to take the nutrients out of the water as it floats past them. This means that other marine ecosystems are not being pillaged to feed them. Definitely a big tick!

They also don’t require antibiotics or other chemicals to help them grow or keep them healthy – no added chemicals means no pollution for the rest of the aquatic world. Another tick.

There is, however, a big difference between fishing for mussels and farming mussels.

Typically fishing for mussels, along with other types of shellfish such as scallops, involves dredging the sea floor – a practice that is one of the most destructive commercial fishing techniques, indiscriminately destroying all sea life in the area dredged [4]. I have personally seen an area of seabed before and after dredging, as well as for several years after the dredging. The once vibrant and diverse ecosystem was obliterated. Several years later and the recovery was feeble, showing little sign of it returning to the way it had been.

There are several techniques used to farm mussels, but generally these involve encouraging mussels to stick to rope dangling in the water or wrapping it around marine pilings. When it’s harvest time, the ropes are dragged into a boat and the mussels are persuaded to part from it. These techniques have little impact on the seabed and little impact on other marine species. As long as the ropes are re-seeded with sustainably sourced seed, then the whole process is sustainable.

It seems we do have an issue. Farmed mussels are very sustainable, perhaps with a small question mark over where the mussel seed is sourced from.

Dredged mussels may also be described as sustainable under certain criteria, but the farming technique is a disaster for the marine environment.

What would be really useful is a certification to say whether the mussels were fished or farmed. It turns out there are certifications, but they don’t distinguish between the two methods. Fortunately, rope-grown mussels account for around 90% of all those available in the shops [5]. From that perspective you might accept that, statistically, eating mussels is acceptable.

In the video below, Dan Geneen spends a day at a mussel farm in Portland, Maine in the U.S. to find out how they are farmed.

[1] “The State of World Fisheries and Aquaculture “, Food and Agriculture Organization of the United Nations (FAO),